You don’t have login yet? Quick registration 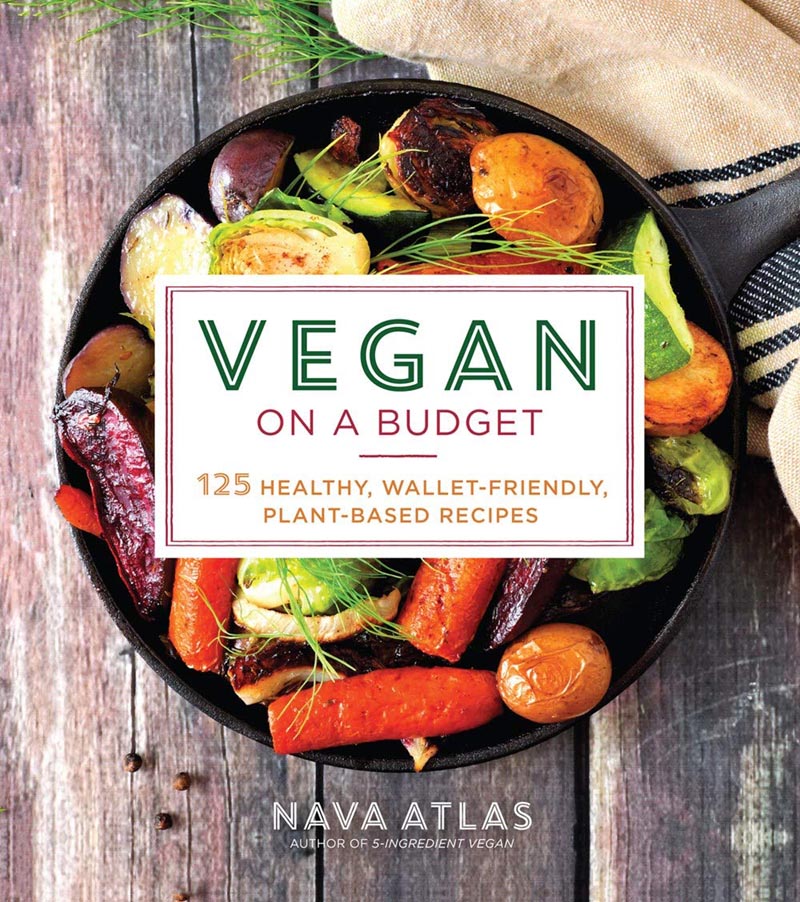 Vegan on a Budget

Atlas Nava
Eating vegan on the cheap CAN be luxurious! Be kind to your wallet, your body, and the environment too with this up-to-date, plant-based cookbook from Nava Atlas, one of the most respected authors in the world of vegan cooking. Enjoy delicious, healthy, plant-based food every meal of the day, every day of the week – even beloved burgers, pizza, and pasta. AND do it on a budget, too! Plant-based doesn't have to break the bank, thanks to Nava Atlas's pennywise but irresistible recipes. Atlas supplies an arsenal of tips on the best plant-based protein bargains for the buck; buying in bulk; safe and inexpensive non-organic fruits and vegetables; coupons for natural foods; saving with apps like Ibotta, Drop, and BerryCart; cheaper ready-made vegan sauces and condiments as good as made-from-scratch; and much more. Her delicious, economical recipes include hearty soups and stews, such as White Bean Chili with Sweet Potatoes & Squash; skillets and stir-fries, like Vegan Sausage Skillet with Cabbage & Potatoes; roasted and baked fare, such as Roasted Root Vegetables with Brussels Sprouts; noodle dishes, including Italian-Style Sausage & Peppers Pasta and Yellow Curry Rice Noodles; sandwiches, salads, and slaws; and breakfast and brunch options from Veggie-Filled Tofu Scrambles to Fruity Breakfast Cake. Desserts include a yummy Sweet Potato Chocolate Cake and Frozen Banana Ice Cream. Your wallet and your body will thank you!

Nava Atlas has a solid track with cookbooks that combine fresh, plant-based foods with healthy shortcuts to create great recipes quickly and efficiently, such as The Vegetarian 5-Ingredient Gourmet, which has sold more than 100,000 copies; Vegan Holiday Kitchen, Wild About Greens, and her most recent book with Sterling, 5-Ingredient Vegan. Atlas is the creator of Vegkitchen.com, one of the web's first food sites, which was launched in 1996, and is still going strong, decades later, as a leading resource for plant-based living.
Back to the list of books